BLACKBX is a SaaS software company providing customer insights and effective digital marketing automation tools through data collection from Wifi. The name came from the "black box" a data collection and public wifi device, that was offered alongside their software platform. BX was shortened from the word BOX as there was existing company named Black Box. 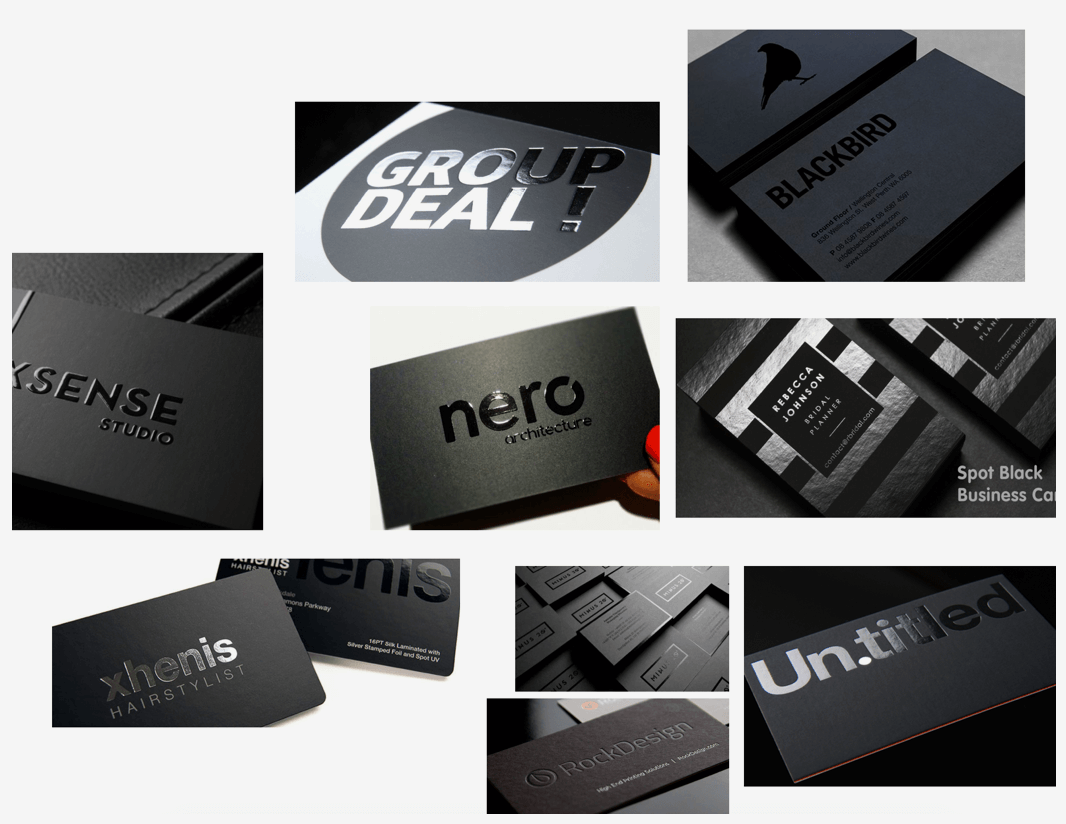 I was researching something classy and “sexy” as my employer wanted. They were a brand new startup and wanted to stand out from their competition. They didn’t wanted to achieve cool and modern look. Most of the software companies tends to look very techy, they wanted to avoid looking like their software is hard to use and can be used by anyone.

I wanted to focus on the name, where it came from and what it symbolises. Since the company collects data from wifi, as a highlight I decided to use the color green, to show connectivity. Green also symbolises fresh growth, and wealth. In this project it could also mean being more eco-friendly as using the software eliminates a lot of print materials since a lot of your marketing campaigns can be sent digitally with the aid of the data collected.

It was too dark. The black background is problematic when used at larger scale. Pure black with white can cause discomfort for the eye when users read the text over an extended period of time, leading to eye strain. That said, black isn’t bad for all users; low vision users, who are sight impaired but not blind, tend to read text better in high contrast modes. Later on we decided to adjust this by adding white space to the print and text heavy digital informational materials to improve readability. 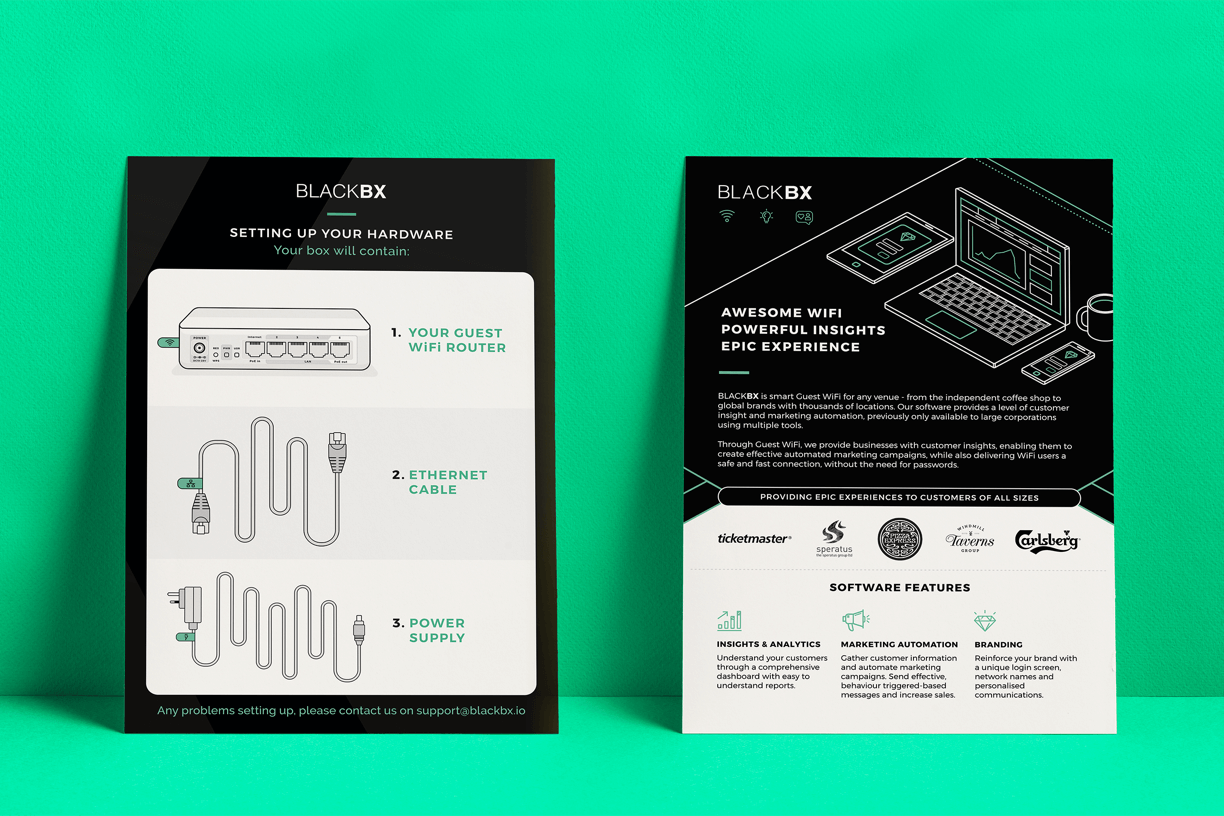 We also decided highlighting users' devices didn’t have much character, and instead wanted to focus a bit more on people, and how they play very important part in collecting the data.

I was very satisfied with the final result. I had to work on a lot of illustrations, with a lot of focus on the details.

My favourite bit was designing the promotional cards. The idea was to laser cut the shape of the wifi signal symbol into the envelope. The inside of the envelopes were green, so when the business card was taken out, it showed wifi sign “getting online”. 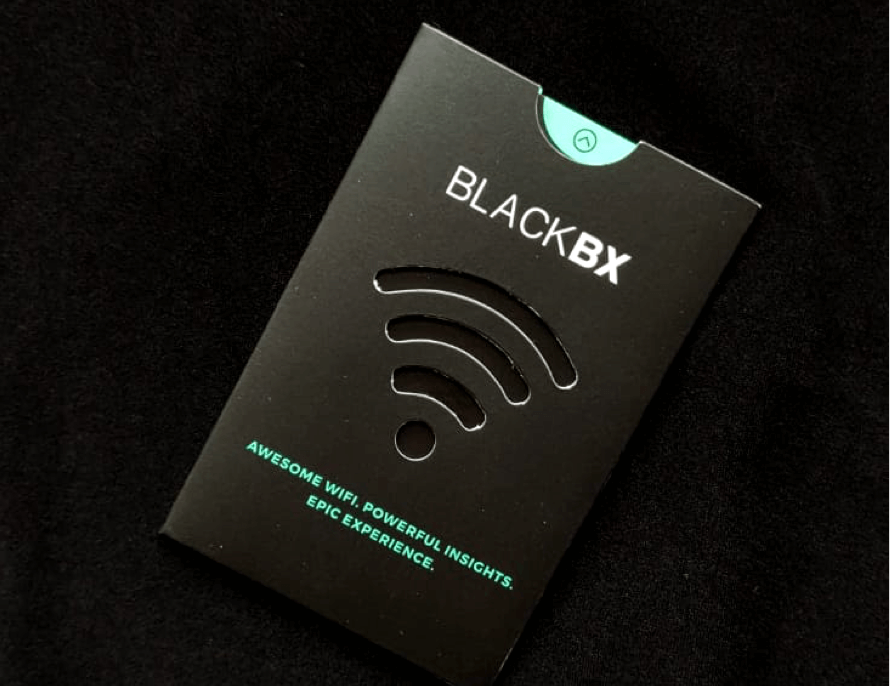 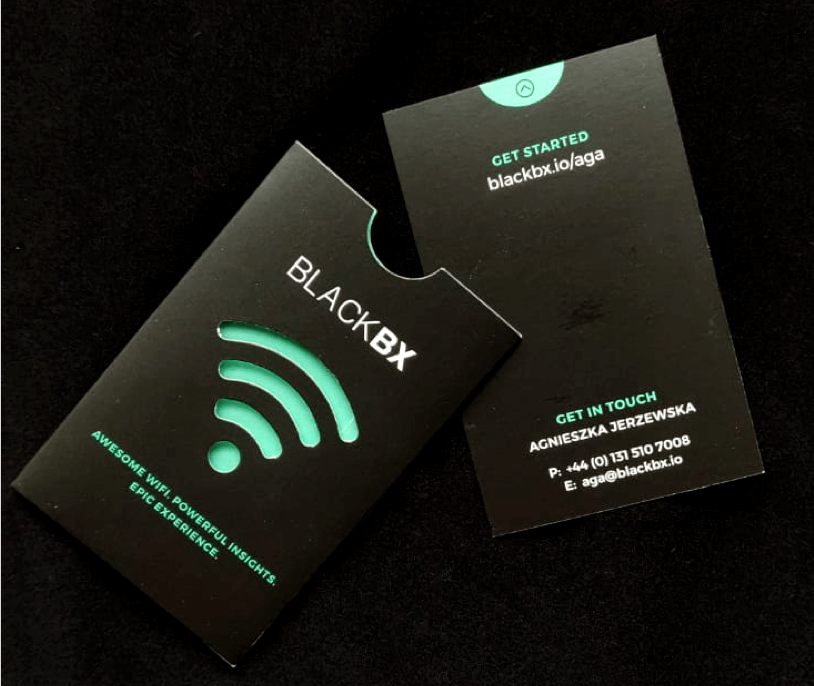 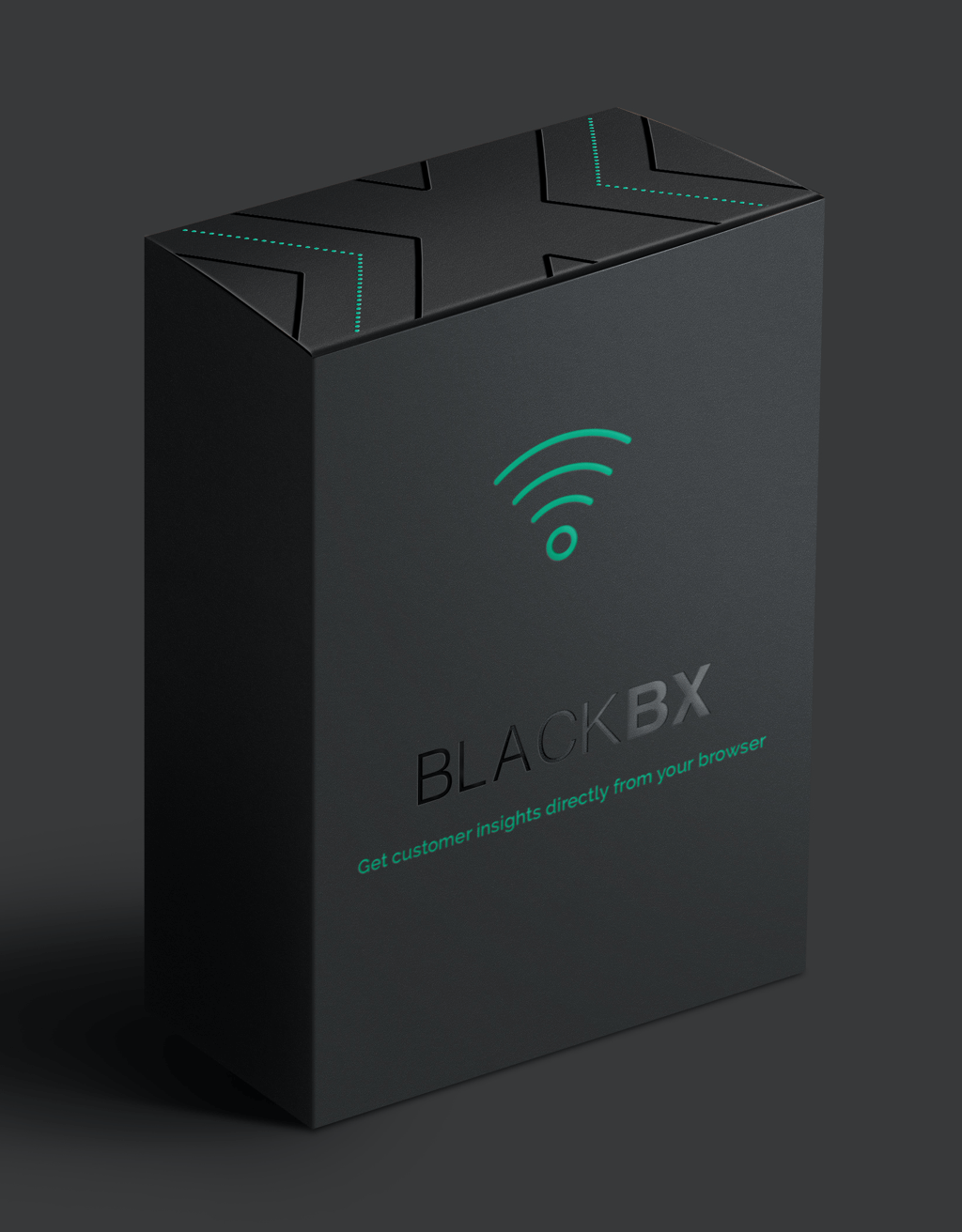 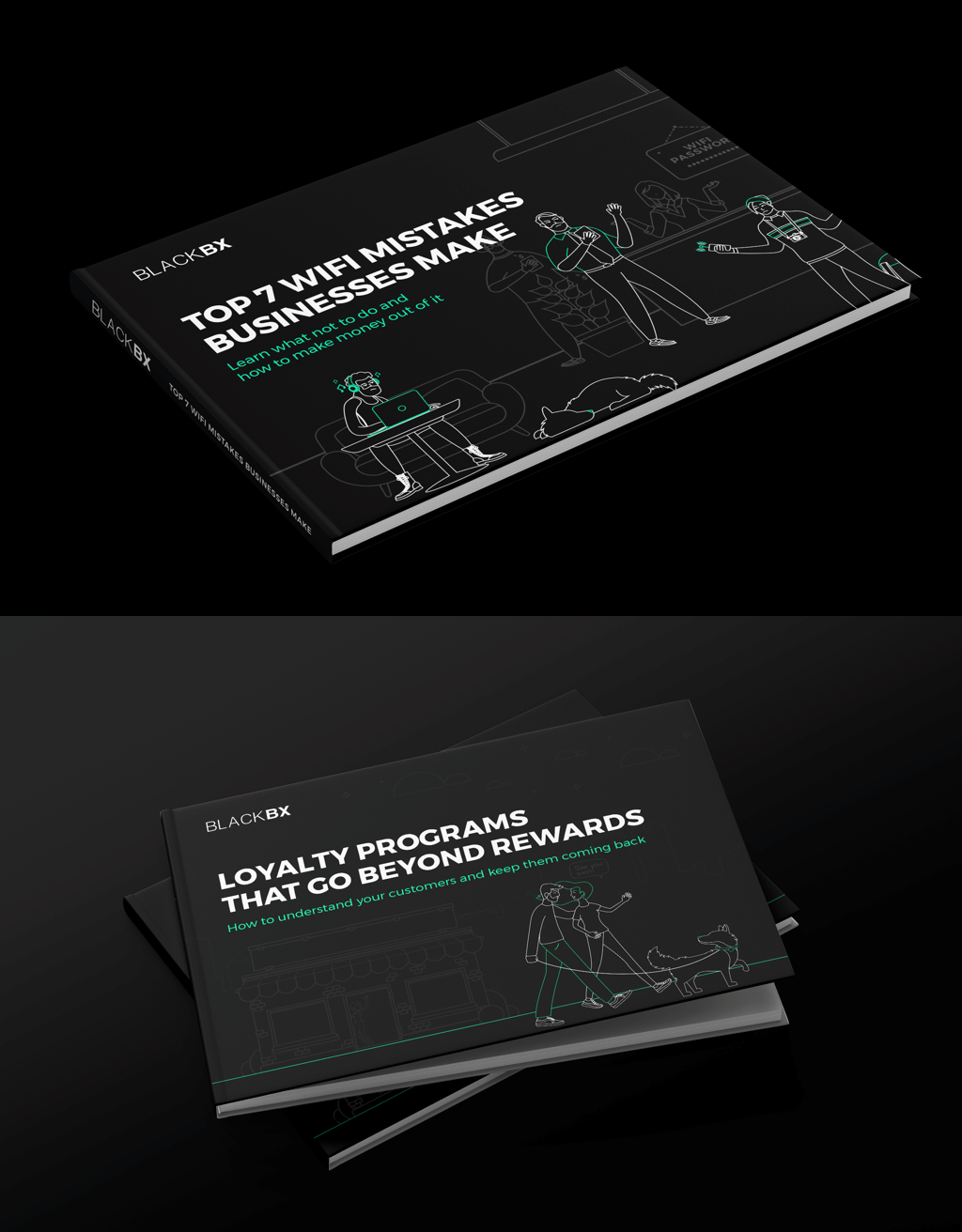 I was also responsible for product photography 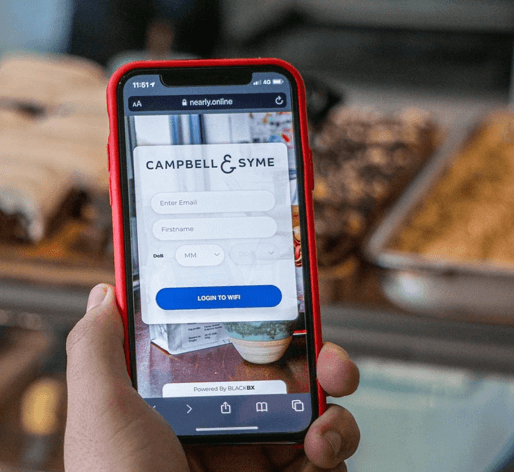 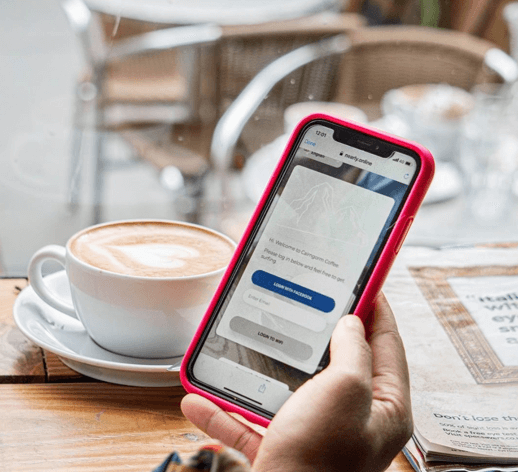 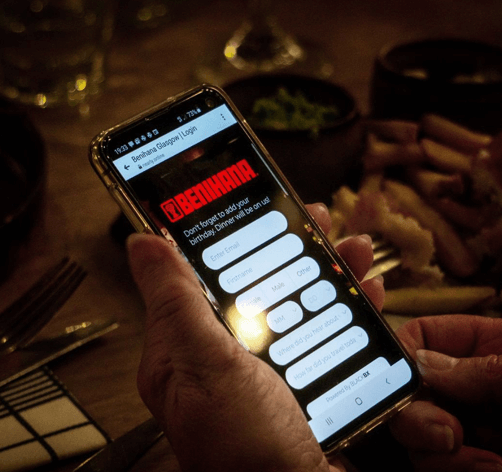 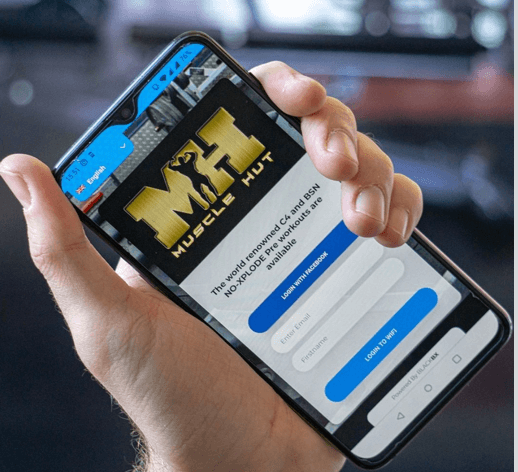